New Halifax Central Library
In December 2012, O'Regan's announced $1 million gift from O’Regan’s Automotive Group to the new Halifax Central Library.  The gift, in memory of the late Paul O’Regan, is the single largest gift (other than a bequest) to a public library in Nova Scotia.  This project was guided by extensive public consultation and will serve a wide variety of community groups.
In honour of the unprecedented gift, the Library has named a popular area of the interior—the large public space and performance area on the main floor—Paul O’Regan Hall.

In recognition of O'Regan's community involvement O'Regan's was awarded the Outstanding Corporate Philanthropist by the Association of Fundraising Professionals of Nova Scotia in 2013.  O'Regan's is a second time winner of the award have first been recognized in 2004.

In 2018 O’Regan’s Automotive Group along with Mary, Stephen, and Suzanne O’Regan announced a $2 million pledge to the Dartmouth General Hospital Above and Beyond Campaign.

The project is well underway.  To see all of the ways this investment will enhance health care for our region please visit https://www.dghfoundation.ca/above-beyond-campaign/the-difference-it-makes/ 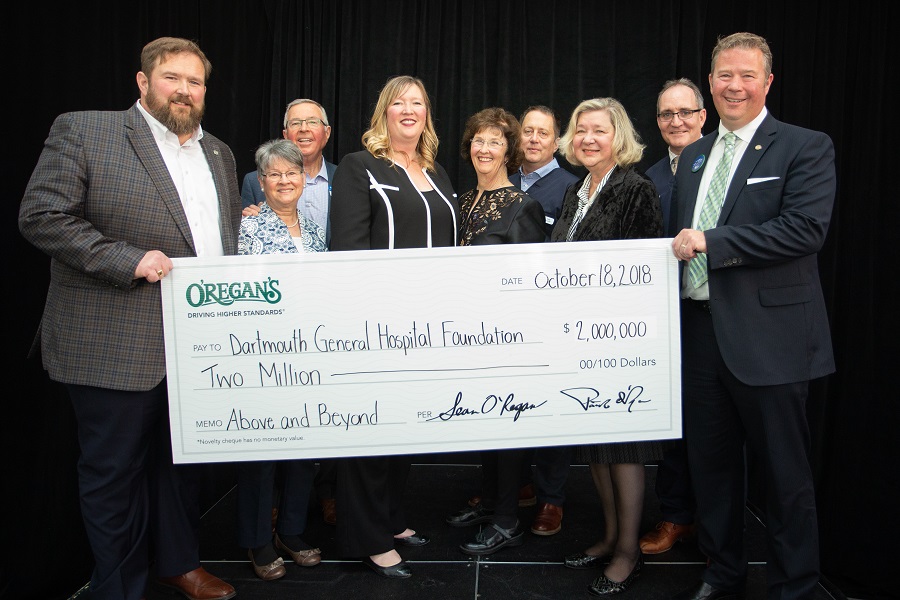